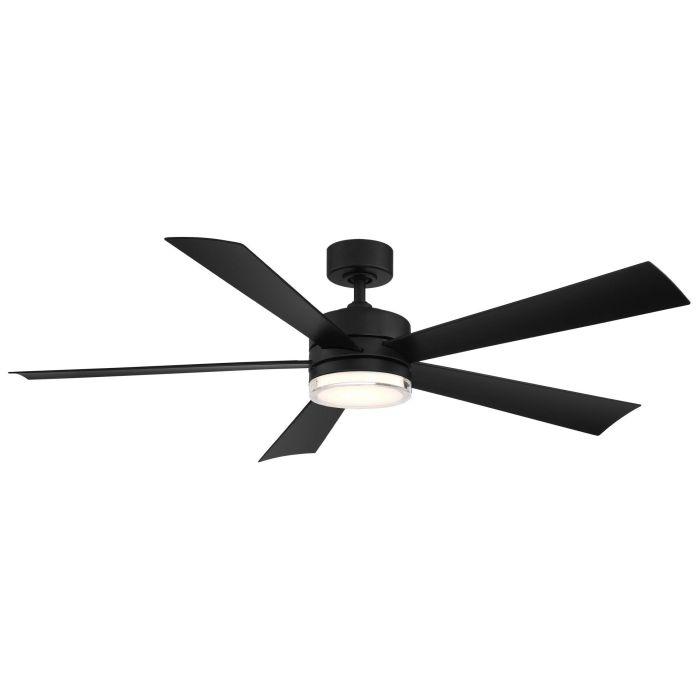 Included Control: Even though this fan is fully smart and WiFi ready as described in the details further below, it also includes the F-WCBT-WT Full Function Bluetooth Wall Control featuring 6 speeds in forward and reverse with a full range light dimmer. Bluetooth not only improves the range at which the control works, but allows you to control multiple fans from a single control, which is a significant improvement over typical fans that can only operate a single fan per control. Also, this control only requires a single hot wire, so it can easily replace an existing on/off light switch without the need for additional wiring. If you prefer a hand held remote control, you can purchase a remote transmitter model F-RCBT-WT separately, which can also operate several fans. This fan is also compatible with the more advanced F-TS-WT and F-TS-BK WiFi Touch Panel Wall Controls.

LED Light Options: Most Modern Forms Fans include an LED light or are available with an LED light option. The LEDs are made by WAC, the industry standard for LED lighting and are available in your choice of 2700K (softer yellow color), 3000K (natural white light) and 3500K (crisp white) Color Temperatures. If you do not see these options on our site, please call to place your order and we will make sure you get the LED you like best.

5 Average
3.23 MPH
7160 CFM
+
34 Watts
+
211 CMF/Watts
+
Why is this different than the label on the box?
Customer Reviews
Write Your Own Review
Questions & Answers
Search Q/A
Sort by
Expand All +
Be the first to ask a question about this product